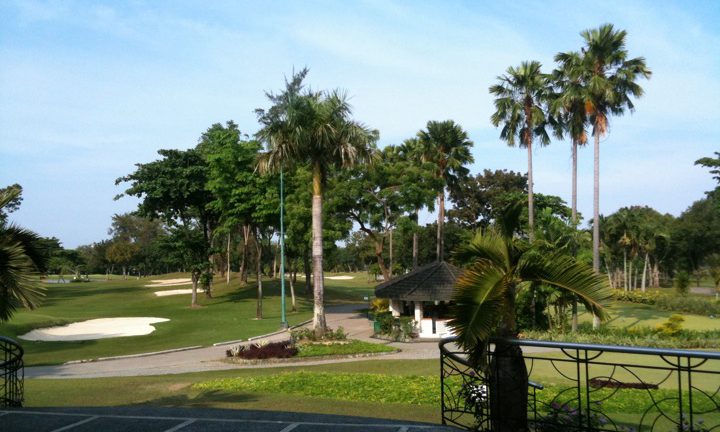 I left Bohol and took the ferry back to Cebu where I had the full day as I was leaving for Manila the following morning. I had spoken with a few guys from Boracay and they didn’t think there was anything to see in Cebu. Maybe so, maybe no, but I had seen a golf course from the plane coming in from Boracay and wanted to see if I could play there that day.

Turns out that the golf course I saw was Cebu Country Club and they were open for public play. So I booked a tee time and wen’t out to play golf in Cebu and 33 degrees Celsius. Man that was HOT! But it was absolutely GREAT! I got a friendly caddy who had worked at the country club since he was 14 (and I believe he was around 50) so he knew the course very well.

After the first three holes an Australian gentleman named Thomas asked if I wanted to join him for the rest of the round and I hapilly accepted. He was a really neat guy who had been living in Cebu for 24 years so he had many entertaining and informative stories.

I finished the round with a score of 84 which was 12 over par. Considering all the factors like borrowed golfset, new greens, new putter, hot as hell and I lost 4 balls I think it’s an ok score (see how I’m finding all the excuses possible hehe).