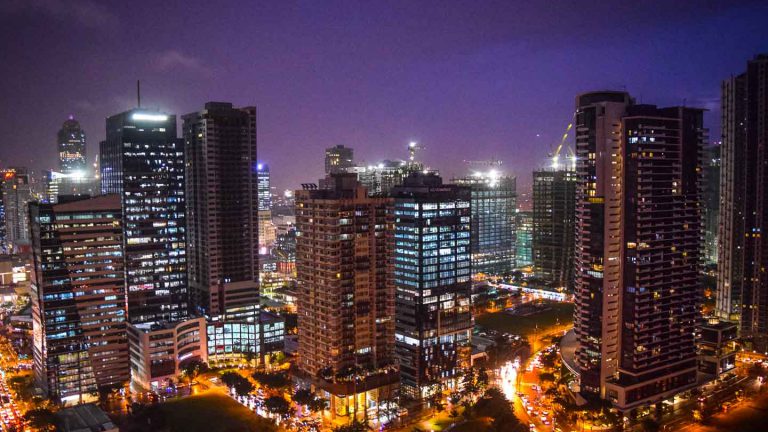 A few days ago I landed in Manila, Philippines around ten at night. I should have arrived at seven in the evening, but AirAsia had pushed their flight from Bali to Singapore 1 hour 20 minutes forward, which meant I had no chance of catching my flight from Singapore to Manila. Had to order a later flight since I had already booked hotel in Manila and flight the next morning to Boracay. I knew I was pushing it when I ordered the flight on the first place. I only had 2½ hours to get from Terminal 1 to Budget Terminal in Singapore, but it would have been doable with no delays.

I got a nice room at the Atrium Hotel in Manila. It was on the 21st floor and since the room had a balcony, I got a good look at Manila by night. I could spend hours just watching people from above, it’s almost relaxation for me 🙂

Oh yeah, it was quite lucky that I had already ordered my flight back from Philippines to Singapore or they wouldn’t have let me checkin on my flight to Manila!