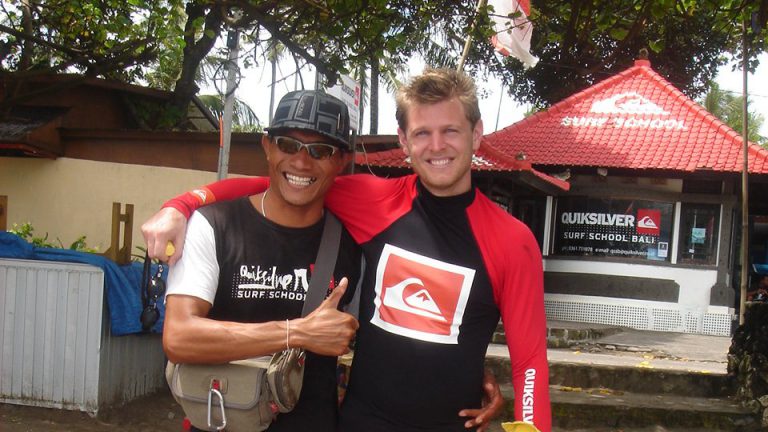 I landed in Bali and it was actually raining! Matter of fact, it rained every single day I was there which was 5 days. There was sun once in a while but predominantly rain. Spent the first day walking around Kuta and Legian and I was almost in shock when I first saw the beach …. it was filled with litter! There was trash everywhere! Apparently they throw their trash in the rivers and when it rains the trash gets swept out to sea, where it unfortunately gets brought back to the shore.

My second, third and forth day I spent mostly learning how to surf. I had a cool local instructor who helped me get up. It was MUCH harder then I had thought. On top of that it was extremely demanding physically as there were big waves continuosly pounding me and the current was quite strong dragging me around. It was a fantastic overall experience, and I think I’ll plan one surfing vacation every year from now on 🙂

I’ve really never experienced the rush of being pulled towards a wave due to the insanely strong current of a wave building up and then just watching as this wave gets higher and higher! What a rush!